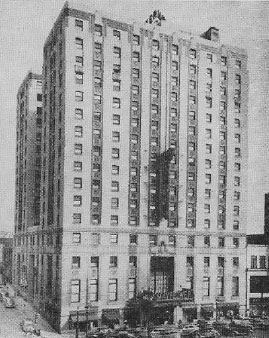 Bill was 5 months sober and decided to visit Akron on a business trip. The business venture failed and Bill faced a lonely weekend in the Mayflower Hotel, Akron.

The cosy hotel bar beckoned him but Bill remembered Lois’s words. Bill had remained sober by helping another alcoholic.

Bill realised that he needed to speak with another drunk.  He looked through the hotel church directory and found a strange name which caught his attention – Reverend Walter Tunks (Tunks is a word used in Bill’s home state of Vermont).

Bill called Rev. Tunks and received a list of people to call.

After many failed calls he finally made contact with Henrietta Seiberling of the powerful family which owned the Goodyear tyre company.

The Gatehouse at the Seiberling estate in Akron 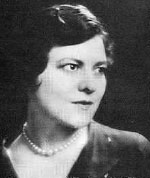 Henrietta Seiberling responds to Bill’s call and immediately thinks of her Oxford Group friends  (Dr. Bob Smith and his wife Anne). The Oxford Group has prayed for help for Dr. Bob and Henrietta sees Bill’s call as literally an answer to these prayers.

It’s the day before Mothers’ Day and Dr. Bob has come home with a plant for Anne.  Both the plant and Dr. Bob are ‘potted’.  Bill’s visit is delayed until the Sunday (Mothers’ Day) so that Dr. Bob can sober up.