Dr. Bob gave his last message to the fellowship at the Cleveland International Convention on July 28th 1950

Although only 2 ½ years sober after a life-time’s association with AA, Ebby is owed a great debt of gratitude by the fellowship for passing the vital message of spirituality to Bill W. 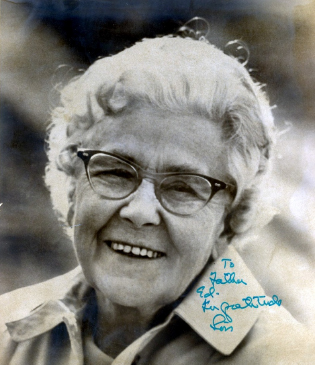 As well as looking after Bill during his drinking and then supporting his efforts to get AA established, Lois was a co-founder of Al Anon Family Groups.

Saluted by many as being one of the most important women of the 20th century, Lois was awarded the prestigious Humanitarian Award by the National Council on Alcoholism.